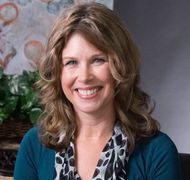 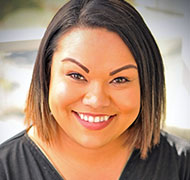 Tiffny joined Dirkse Counseling and Consulting in early 2016. She brings several years of experience in administration support, human resources, and billing. She has spent the last 7 years as an Office Adminstrator in the retail industry, supporting multiple program directors as well as supporting the daily operations of the office. Tiffny brings a strong customer service work ethic, effective communication, and organization skills to Dirkse. 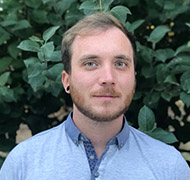 Curtis joined Dirkse Counseling and Consulting in early 2017. He specializes in providing individualized support and guidance with all clients he works with. He believes that through personally tailored approaches, geared towards promoting self-determinism and autonomy, individuals can actualize their potential and find meaningful and enjoyable employment. He received his B.S. in Psychology from Portland State University and completed his M.S. in Clinical Rehabilitation Counseling from Portland State University in 2019, with the aspiration of becoming a licensed professional counselor. 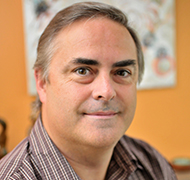 Glenn has been part of the professional team at Dirkse Counseling & Consulting since March 2000 and has over 20 years of experience in the counseling field. Glenn is a Certified Rehabilitation Counselor who serves as Westside Employment Services Manager at Dirkse CC. Glenn has experience working within a wide range and degree of disabilities, providing comprehensive assessment and placement services that are skillfully tailored to each client’s individual skills, needs, and desires. He holds a Bachelors Degree in Health Care Administration from Oregon State University in 1991 and a Masters of Science in Rehabilitation Counseling from Portland State University in 2004. He currently serves on the PSU Rehabilitation Advisory Board.

Tara joined Dirkse CC in November 2017. Tara has nine years of experience working with children and adults with disabilities. She has worked as a Direct Support Professional, Supported Living Coordinator, Residential DSP, Day Program DSP, Job Coach and became certified to write Discovery plans in 2017. In 2015, Tara was nominated ANCOR’s Oregon’s Direct Support Professional of the Year. Tara has a way of connecting with people, finding their strengths, identifying their needs and formulating a plan to assist them in job placement and retention. 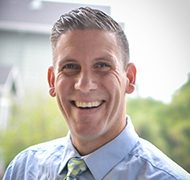 Andrew started with Dirkse Counseling & Consulting in 2004. He attended Beloit College, earning a BA in Communications and Creative Writing in 1994. He traveled abroad and taught English as a Second Language in Romania and Turkey. Upon returning, he obtained experience in PR/Marketing for Charter Communications. He earned his graduate degree in Marriage & Family Therapy from George Fox University in 2005. He is confident that his life experiences abroad as well as taking time between undergraduate and graduate degrees have afforded a unique perspective to the work that he does. He holds licensure as a Licensed Professional Counselor (Lic. No C2301), Marriage Family Therapist (Lic. No T0711) and is also a Clinical Supervisor. In addition to clinical experience, he has held Instructor positions with Multnomah University and George Fox University, teaching courses on Career Counseling & Development, Tests & Assessments, Introduction to Family Therapy as well as Theory and Approaches to Counseling. With Dirkse, he has held positions at all levels of the rehabilitation process (job coaching, job development, case management, assessment/evaluation, etc.) and is currently focusing on Training & Development programs. 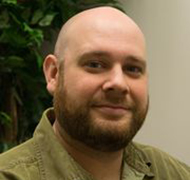 Chris began working as an Employment Specialist with Dirkse Counseling and Consulting in 2014. He earned his B.S. in Psychology from Portland State University and recently completed his MS for Clinical Rehabilitation Counseling. Chris entered the professional world by enlisting in the United States Navy, where he served honorably overseas and at home. After leaving the service, Chris spent three years working with the Portland Veterans Association Medical Center on the mental health unit as a Recreational Therapy Aid. Inspired by his work with Veterans, he now strives to help individuals with all types of disabilities find meaningful and fulfilling employment. 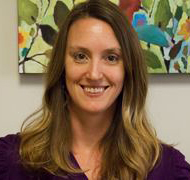 Jennifer brings to Dirkse Counseling & Consulting over 10 years’ experience in sales, operations, and management. She is thrilled to be using her HR expertise in talent acquisition, employee relations, and learning and development for Dirkse CC. Homegrown in Oregon, Jennifer took a brief stint in Arizona and Wisconsin, developing what she thought would be a career in rehabilitation with individuals recovering from traumatic brain injuries. She earned her Bachelor of Science in Therapeutic Recreation Management (2000) from Arizona State University. Instead, upon obtaining her undergraduate degree she found work within the financial industry, where she began to thrive and discover her passion in business management, human resources and developing a rewarding relationship for both clients and employees through training and development. Oregon called her back where she furthered her employment within banking and ultimately earned her MBA from the University of Phoenix in 2006 and her HR Certification from Portland State University in 2012. Jennifer also earned her SHRM Certification. 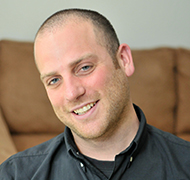 Michael is an Employment Specialist and has been with the Dirkse  Counseling and Consulting, Inc. team since 2016. He completed the OELN Systematic Training and OELN Discovery and Employment Planning courses. He works with both Community Transition Students and Oregon Commission  for  The Blind clients.  He is known for prompt and professional communication with the client and their complete team in order to facilitate successful outcomes and reach job goals.

Originally from New Jersey, Michael has a degree in English and enjoys music, stand-up comedy, and watching the New York Football Giants.  He strongly asserts that The Bouncing Souls are the greatest band ever!

Dirkse Counseling and Consulting has a developed team of Vocational Support Professionals (Job Coaches) who provide direct 1:1 support to our customers in their employment setting. Job coaches provide on-site support to individuals in job retention and long-term support programs. Through modeling, direct instruction, and social support, coaches are able to accommodate individual’s needs, and act as a bridge between the employee and the employer. Dirkse job coaches receive significant education and training on communication, behavior, and effective supports, highlighting the individual support needs of the person. Current job coach pool includes individuals who have at minimum a Bachelors level education, with the majority currently continuing their graduate school education in social services and vocational rehabilitation. Coaches are continually involved in continuing education and training to allow them to maintain their skill set.​ 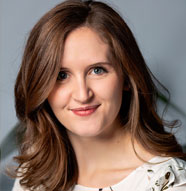 Robynne joined Dirkse Counseling and Consulting in 2015. While working as a Vocational Support Professional, she attained her B.A. in Psychology & Education at Marylhurst University. She completed her Internship at Spectra Gymnastics, where she learned how gymnastics and social skills are taught using the Applied Behavior Analysis method and techniques for children that have autism and other behavioral disabilities. Born in Salt Lake City, Utah, Robynne spent many summers in Portland, OR with family. She loved Portland and moved in 1989 to make Oregon her home. She found work as a dental assistant then was asked to teach as a dental assisting instructor. Through teaching and training adults, she was drawn to return to school and change her career due to the personal experience of caring for someone recovering from a traumatic brain injury and delayed development. As an experienced Vocational Support Professional Lead, Robynne has a demonstrated history of working in training and retention of workers with disabilities in all venues of industries. Robynne enjoys making a difference in all the people’s lives she meets. When not working she enjoys quilting, hiking, beach trips and lounging with her Siamese cat/dog, Charlie. 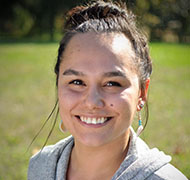 Wynter studied sociology at Fort Lewis College, in Durango, CO, where she graduated with a Bachelors of Arts in December 2014. After graduation, she spent some time traveling New Zealand where she worked in the hospitality industry. Returning stateside and deciding to move to Portland, OR brought her work in retail and office administration. Wynter joined the Dirkse Counseling and Consulting team in May 2017. She found that her colorful career background and experiences make her a very adaptable and understanding job coach. Wynter contributes drive and passion when advocating for adults who have different disabilities. Since being with Dirkse CC she has received a multitude of trainings and certifications including the Systematic Instructional Training certification in summer 2018. 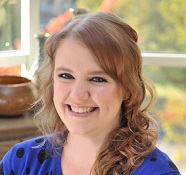 Kimberly joined the Dirkse Counseling and Consulting team as a Vocational Support Professional in 2017. Kimberly began her career in Human Resources 11 years ago working in county government. Her first six years were spent in the social services field where she gained valuable experience supporting a department with 900+ employees. Kimberly then transferred to the public service side of county human resources and spent the next three years working for a sheriff’s department prior to relocating to the Portland area. Working alongside law enforcement and guiding people through accomplishing their career goals was very impactful for Kimberly. As a Vocational Support Professional, Kimberly relates that same guidance in supporting clients with accomplishing their employment goals. Seeing clients learn and thrive in their work is one of the most fulfilling parts of Kimberly’s position. 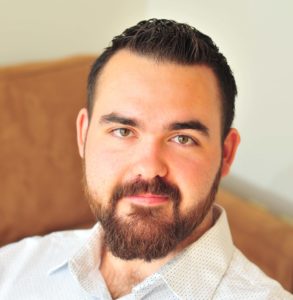 Drake joined Dirkse Counseling and Consulting in August 2019. Drake grew up in Boonville, CA, and stayed near the area for college. While being a full-time student, Drake has held numerous part time jobs in retail, customer service, and sales to put himself through school. Drake attended two junior colleges in northern CA, Mendocino College and Santa Rosa Junior College, where he received his AA degree in psychology in 2016. After taking a gap year to work and figure out what was next for him, Drake moved to Portland in 2017 where he transferred to Portland State University and earned his BS in psychology in March 2019. For his senior capstone at PSU, Drake was a camp counselor for people with disabilities at Mt. Hood Kiwanis Camp. This experience inspired Drake to get into the field of social services where he started working part-time as a community inclusion specialist, and later, becoming a vocational support professional with Dirkse CC. Drake enjoys making a difference in people’s lives, seeing growth in his clients, and educating people about community inclusion. When not working, Drake enjoys playing basketball and tennis, going to the gym, being outdoors, playing video games, doing impressions of people or characters and telling jokes, spending time with friends and family, and playing with his dog 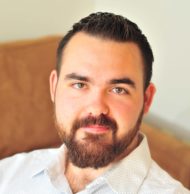 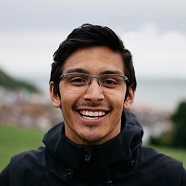 Dillon joined Dirkse Counseling & Consulting in August 2019 as a Student Counseling Intern and Vocational Support Professional. He currently attends Multnomah University working on his MA in Counseling with an anticipated graduation of December 2020. He holds a BA in Music Education from Washington State University. He has traveled on mission trips working with underprivileged and marginalized youth and young adults as well as at-risk adults in Haiti, China, England, South America, and Portland, Oregon. His experience and passion for helping and serving others brings broad perspectives, kindness, and hope to the counseling room. He is looking forward to being a positive change agent and touch-point for anyone in need. 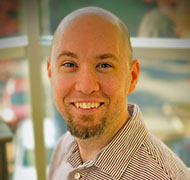 Bryan grew up in Springfield, MO and attended Missouri State University. In 2007, he received his degree in Therapeutic Recreation. He began work at a residential facility for at-risk youth. He then moved on to being a counselor and activities director at a drug rehabilitation house for teenagers. In 2012, he moved to Portland, OR where he spent three years working at a residential facility for at-risk youth with the last year being the supervisor for the overnight shift. His attention shifted to focus on people with disabilities and he found a job as a provider with this population. While working in the field, he was introduced to supported employment. This piqued his interest and in early 2018, he began his work with Dirkse Counseling and Consulting. Bryan loves being able to meet so many different people and see them succeed at their work.

Bryan Moore
Vocational Support Professional
With the assistance from Dirkse, my son has been in his job from 3 years. We think it is great that he is a part of the community and he couldn’t do it without Dirkse.
-- Patrick F.